“Heat Seeker” is an audiovisual project, released in 2006 as a DVD, which has been presented as a live performance and DVD screening.

Video Jack have been performing “Heat Seeker” in Portugal since 2004, and internationally since 2007. “Heat Seeker” has been performed in Portugal, Germany and Poland. In these audio-visual performances they use specially developed software (by Nuno N. Correia) to manipulate visuals (by André Carrilho) in real-time. This software manages different types of vector animations. Combining user-interface elements; drag and drop functionalities; keyboard combinations; the user can create dynamic, multi-layered visuals. The effect is similar to directing a music video in real-time. The actions of the user directing the video are apparent to the viewer. Thus, the cursor is present at all times, revealing the editing choices of the user. Audio is also processed in real-time.

“Heat Seeker” is the title of Video Jack’s first DVD (with music by Coden / Nuno N. Correia). It was launched in 2006, and has been screened in UK, Brazil, Finland, China and France. The DVD contains 11 music videos. These music videos are original animations (by André Carrilho), combined through specially developed software (by Nuno N. Correia). Each video was generated in a single real-time session. Animation, cinema, comics, video games, graphic design, graphical user interfaces, and new media art, were all influences for this work. 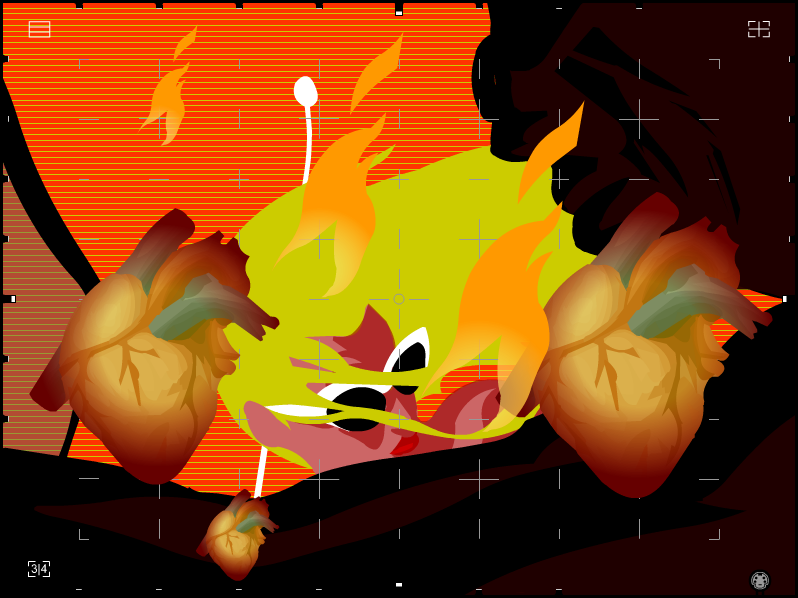