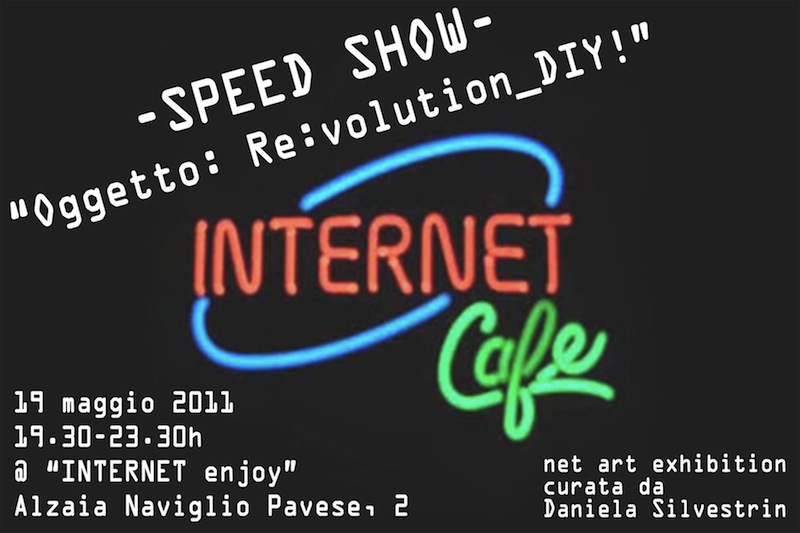 AV Clash was showcased at a “Speed Show” exhibition in Milan:
http://speedshow.net/speed-show-oggetto-revolution_diy/

Gokce Taskan, co-author of AV Clash, attended the event.
The Speed Show exhibition format:
“Hit an Internet-cafe, rent all computers they have and run a show on them for one night. All art works of the participating artists need to be on-line (not necessarily public) and are shown in a typical browser with standard plug-ins. (…)”

Excerpt from curatorial statement by Daniela Silvestrin:
“If art is capable to trigger off a revolution, it is due to the fact that through their works artists are able to augment our perception of the world and show us familiar things from new or unusual perspectives, encouraging us not only to evaluate things and events around us always anew, but also to react and act, to take charge of things.” 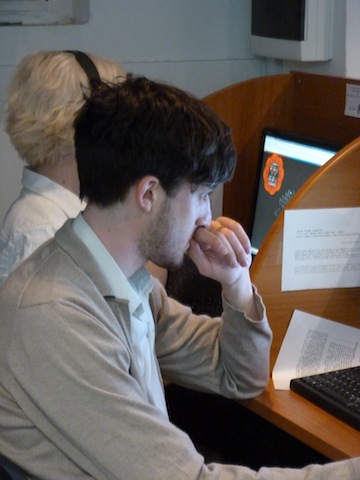