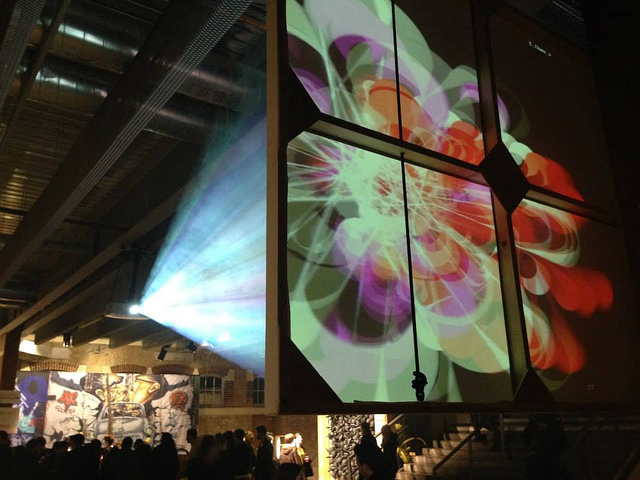 On 15/2, we performed at Le 104 in Paris. We did visuals for Carnaval Electro, an event by NAME festival in Paris, celebrating their 10th anniversary. It was a special event for the Lille-based festival, as it was the first such big event they organize in Paris. It was also special for us – the 5th time we performed at NAME festival in 10 years. We performed with Jonny Woo and Toilet Disco. The space was very appealing – a renovated old industrial building, converted into a large cultural centre, with multiple spaces.