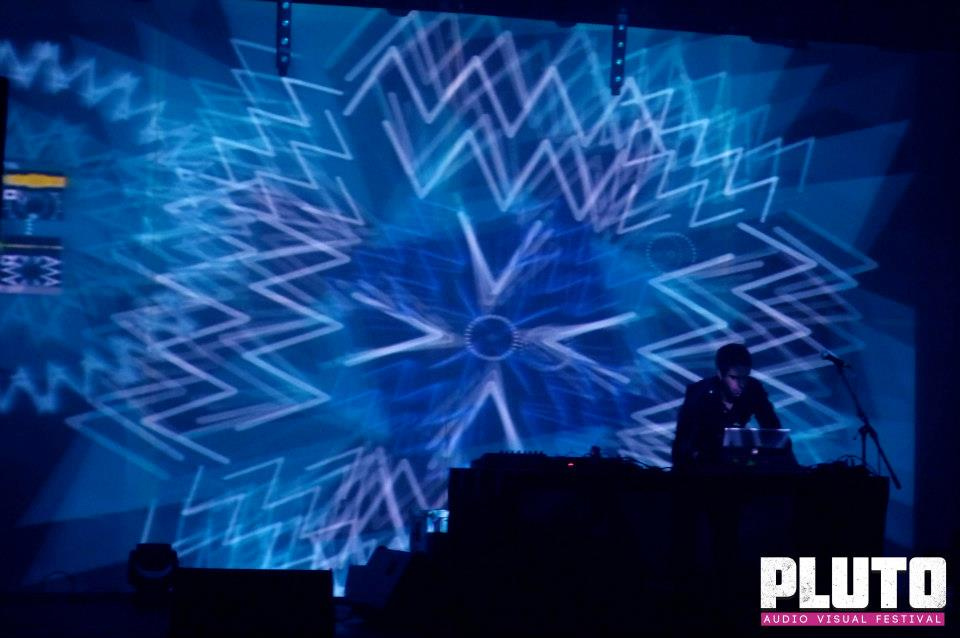 Between 24-27/October, AV Clash was showcased at the Pluto festival, as installation (for the duration of the festival) and as performance (on the 25th). The festival took place in Nijdrop, a cultural/youth center in Opwijk, very close to Brussels. The festival, focused on audiovisual art and performance, was very well organized and curated. The performances were of very high level, by names such as Hecq, Incite/, Architect, Pleq+Jago, Kangding Ray, etc. I also did a small cameo VJing with Pieter Coussement for the band Sonar – Pieter’s visuals really fit the band very well.

In my opinion, the AV Clash installation was the most successful one until now. It had a dedicated space, an impatfull screen, and good sound. We ran some tests with a touchscreen interface thanks to Pieter Coussement,but decided to use a mouse instead due to the small size of the interface elements (inadequate for touch). Something to consider in future projects.