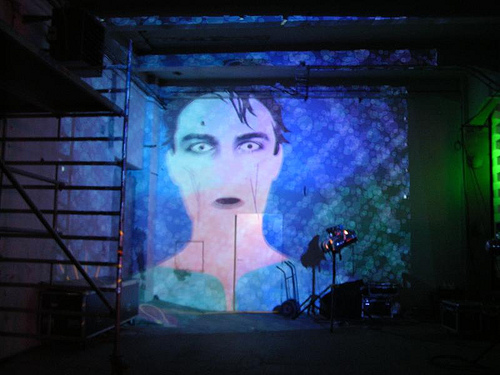 (the video includes our 2 performances: Master and Margarita is featured in the beginning, and VJing with Ikonia is featured from minute 8)

We had two performances at Lunchmeat Festival, Prague – a Master and Margarita AV set and a VJ set with Ikonika, UK dubstep producer/DJ from Hyperdub. The headliners of the festival were DJ/VJ pairings (Ikonika vs Video Jack on 12/3, Nosaj Thing vs. Aalto on 13/3), which reflects the equality of importance that the festival attributes to both sound and image.
http://www.lunchmeat.cz/festival/2010/en/artists/video-jack–-visual-–31.html

The performances took place at Meet Factory, a reconverted factory in an industrial part of town. The factory was located behind train tracks that one had to cross, which added to the experience. The venue itself was decorated with some sculptural oddities: cars hanging from walls; upside down seats and fake audience members glued to the ceiling. A multiple projection system was set up, with projections to the sides of the main screen and even to the floor. The stage incorporated a specially built structure by Aalto (of AntiVJ) for the next day.

For the Master and Margarita performances, we used the same projection on all the screens. For the VJing performance we used exclusively our abstract BIO material (which we felt suited well Ikonika’s music), and we distributed our two signals into different screens. We also developed custom animations for Ikonika.

This was the first edition of the festival, organized by a young and enthusiastic team. We wish them success for the following editions. 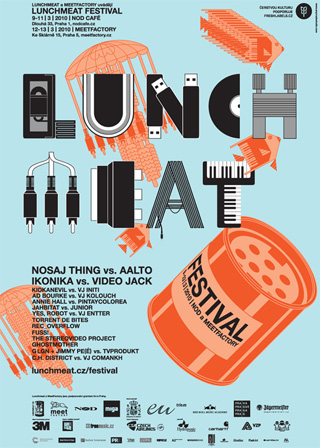